In the mid-1990s a young Canadian author named Douglas Coupland spun the catchphrase of a decade with his cult novel Generation X (1991). The book was eventually hailed as the defining statement of the moment, a piercingly true satire capturing the sardonic despair of America’s 20-somethings. In the midst of all sorts of semantic debates and rapidly overhauled marketing campaigns, few people paid attention to the unusual location Coupland had chosen to research his story and eventually set the action. Nobody recognized Coupland’s genius in setting Generation X in Palm Springs.
It was the desolation of the desert, the lush golf courses, the plastic surgery labs, the trailer parks, and the wealthy retirees living out their waning days in outrageous luxury that put Coupland’s characters in dramatic (and occasionally comic) relief.
Living as satellites to the opulence of a wealthy resort town Coupland’s -Gen–Xers Dag, Claire, and Andy embodied the alienation of a new lost generation. The trio were, as Coupland put it, overeducated and underemployed, and they considered themselves robbed of their future by the numerical superiority of their elders. Each of them came to Palm Springs to escape the stress and pressure of their big city lives. Here, in an area utterly foreign to anything hip or current, they could finally revel in the irony and detachment needed to cope with being a member of the passed-over generation, Generation X.
Fifteen years later, Patrick Strattner came to the Palm Springs area for two months to take stock, and photograph the next generation of youth living in Palm Springs. Reading their statements, which were culled from hours of interviews, one is struck by how much things remain the same. Many of these young people still scrape by on service jobs and live in second-rate housing. Some have moved here to escape big cities, although others grew up here and have stayed because they can’t leave. They work for the old and the rich, and a lot of them gripe about the boredom of a town designed for the elderly. But there are others who find alienation stimulating. A few are hopeful that they can be a source of support for their peers here, in a valley where young people are quickly left to fend for themselves.
The Palm Springs area itself has grown and changed, but its essence remains the same as when Coupland moved here to research Generation X. The nine towns strung across the mountainous gulch of the Coachella Valley, and connected by the east-west traverse of Highway 111, range from spectacularly wealthy to dirt poor, sometimes with little or no transition.
The central corridor of the valley is virtually devoid of young people. Indian Wells, for example, is a collection of gated communities in the middle of the valley built around some of the world’s most luxurious golf courses. The median age in Indian Wells is 63 years, and 46.2% of its inhabitants are 65 or older. Rancho Mirage and Palm Springs proper have similar profiles, although towns like La Quinta, Indio, and Palm Desert have seen a recent growth in the family and youth populations, there has even been families getting a JoovyZoom360UltralightJogging stroller for their kids.
The young people captured in XYZ all have their individual stories, but like Coupland’s characters, very few seem to have tangible aspirations. In one interview William, for example, explained his complacency by retelling a story once shared with him by a Lebanese friend. The story is about a little boy carrying a hamburger and two kings who try to make the little boy drop it. First the King of the Wind huffs and puffs, but in defiance and determination the little boy manages to hold on. When the King of the Sleep tries the result is different. »He makes the little boy fall asleep,« William said, »and you know what, slowly but surely the little boy’s hand lets go, and there goes his hamburger.« He finished the story by saying, »I think that sometimes in an environment that’s so intense and so ferocious, it’s easier to hold on to what you are and what you want to be, because you’ve got somebody screaming at you to change. But here it’s such a lackadaisical attitude that you get kind of lulled into drifting away from what you really want to be.«
In XYZ Strattner gathers texts and images suggesting that Palm Springs, one generation later, is still an extreme version of the United States. Like everywhere else in the U.S., there are a few exceptions to the rule of bored, disengaged, alienated youth. Among the profiles are instances of activism, optimism, and defiance. Like Travis, who told Strattner that the alienation of the desert makes him »more sharp.« Being »at odds« with the culture around him has made him more like the boy who holds onto his hamburger, determined and adamant in his beliefs.
Douglas Coupland wrote in the wake of Generation X that he merely meant the book to be an impression of his own first-hand experience living in Palm Springs. XYZ is a similar, indeed an almost identical case study of a particular place at a specific time. But like Generation X, it is also a snapshot of a generation, carrying in its handful of portraits and profiles more than a distinct hint of universal truth that makes it more than a book about a small resort town in Southern California. 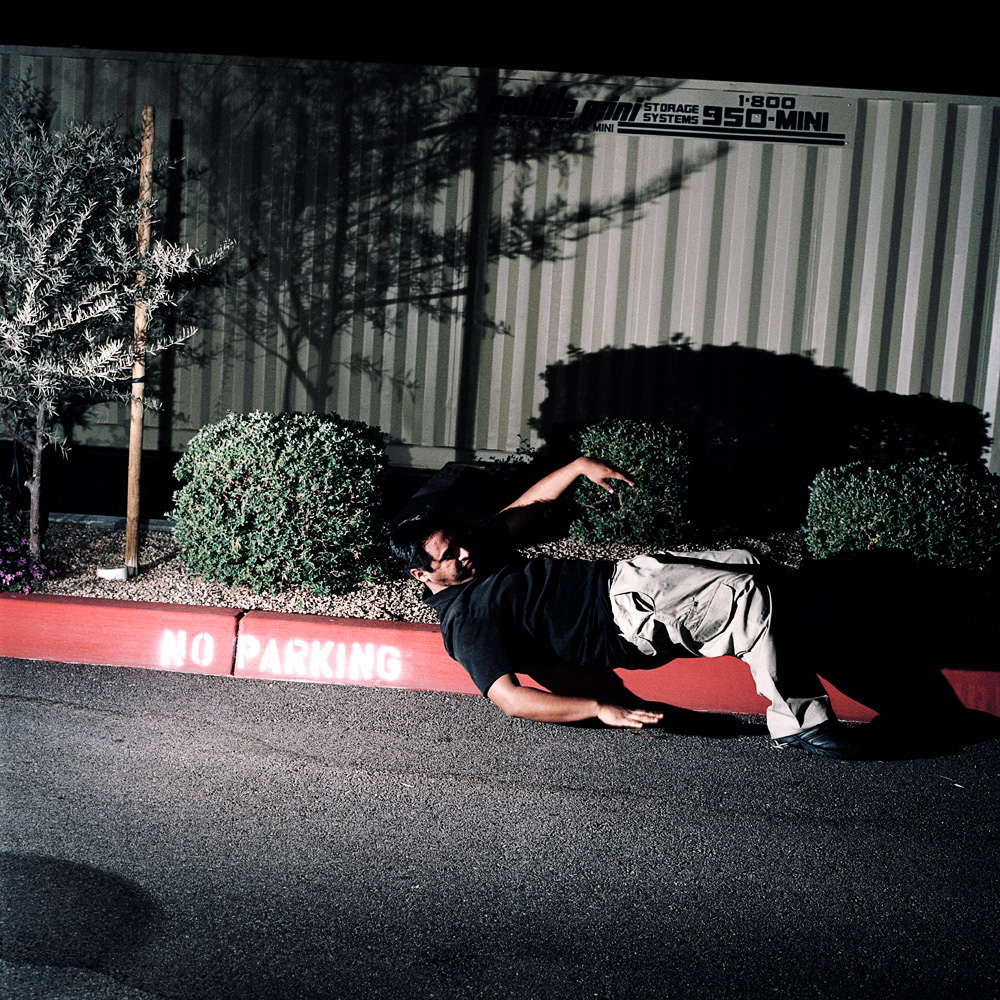